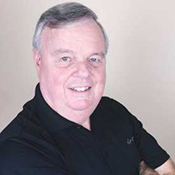 For over forty years, Terry Sisco founder and CEO of Exsellerate, Inc. has studied, sales of top performers in the fine jewelry industry. From these insights he has authored and facilitated fun and engaging workshops that have impacted the performance of brands, industry giants such as Platinum Guild International, Blue Nile Global Call Centers as well as national and regional chains and high end independents. 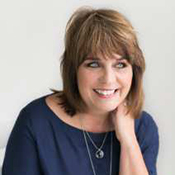 Michelle Cullison is a communicator and consultant. Her work is focused on equipping people to build online businesses locally and globally through social media. Through her company, Daystar New Media, she offers social media coaching, consulting, and digital marketing services to individuals, teams, and companies to guide them to effectively use digital platforms for business. She holds a Bachelor’s Degree in Computer Science and Business from Anderson University and has more than 25 years of technology training and consulting experience. She is excited to share with you “What’s Happening Now in Social Media Commerce and What to Do Next!” 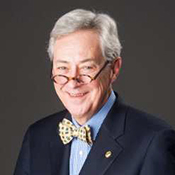 Terry’s thirty-nine year retail jewelry career began as a trainee for what was then a small family-owned chain of four jewelry stores, Michelson Jewelers. He was a store manager, supervisor, Senior Vice President, and partner, in the chain that grew to twelve stores. Terry has been involved in every aspect of the retail jewelry industry including training, operations, development, management and, now, distance education and association management.

Terry accepted the full-time role of President/CEO of the Diamond Council in February of 2001. Upon assuming the position, Chandler worked with Performance Concepts and other industry resources to completely update both DCA’s Diamond and Colored Gemstone courses. Chandler also led a two-year project to gain re-accreditation from the prestigious Distance Education and Training Commission in Washington, D.C. which was granted by DETC in January of 2005. During his tenure, the Diamond Council has grown from seventy members representing approximately twelve hundred stores to one of the industry’s leading education and training resources, now with nearly 300 members representing over four thousand retail jewelry stores in the United States, Canada, Great Britain, and Australia.

In 2017 Terry, along with the DCA Board of Directors and the Board of Jewelers of America, completed a three-year effort that would lead to DCA becoming an affiliate of Jewelers of America and relocating the DCA offices to New York City. Four years ago Terry, along with the DCA team, created the Jewelry Career Initiative. The program teaches DCA’s Diamond and Colored Gemstone courses in high schools across the country and to veteran’s organizations to entice young people and others into the jewelry industry. Before becoming DCA President, Terry served on the DCA board for twelve years. He has served on the Boards of the Jewelers Vigilance Committee, Jewelers for Children, The Texas Institute of Jewelry Technology, and the Advisory Board of the Atlanta Jewelry Show. Terry is a member of the Jewelers Leadership Forum and serves on the Board of the U.S. Jewelry Council. He is also a member of the 24 Karat Club Southeastern United States and has served as President of that organization. Terry is also a member of the 24 Karat Club of the City of New York and the 24 Karat Club of Southern California.

Terry is a 1994 inductee into Alpha Beta Kappa, the National Honor Society of the Diamond Council of America. Terry received the American Gem Societies prestigious Triple Zero Award in 2018. 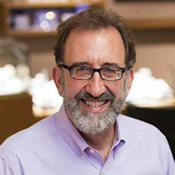 Stanley Zale has spent his entire life in the jewelry business. After seemingly spending every school vacation in the Zale Corp NY office he began learning the diamond business as a teenager. His diamond cutting training included sawing, cleaving and blocking. He spent several years working in, and then leading, Zale’s rough diamond buying, cutting and production operation in the days when they were a DTC Sightholder. After Zale was sold he opened his own diamond manufacturing company in New York. He then spent nearly a decade working for legendary Diamantaire Louis Glick before moving on to his present position as Vice President Diamond and Gemstones for Stuller. Besides learning so much from his Grandfather, MB Zale, Stanley considers himself very fortunate to be able to count Louis Glick and Matt Stuller as the strongest influences and teachers in his career. 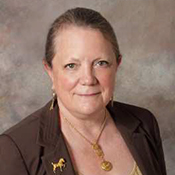 Georgie Gleim is the President of Gleim the Jeweler, located in Palo Alto, California and is a Certified Gemologist of the American Gem Society. She is currently Senior Advisor on the American Gem Society Board. Board Memberships include Peninsula Volunteers, Palo Alto Historical Association, and Stanford Shopping Center Merchant’s Association. Her previous board positions include Past President-American Gem Society, Past President- Jewelers Education Foundation, Past Board Chair-Jewelers of America as well as Past Board Member of various local organizations. She received the Robert M. Shipley Award, the WJA Award for Excellence in Retail, National Jeweler Hall of Fame Locally, she has been recognized with the Tall Tree and Athena Awards from Palo Alto Chamber of Commerce. 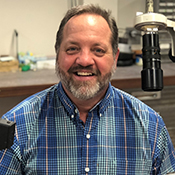 Blaine Lewis is widely recognized as one of the premier diamond setting instructors in the U.S. today. Blaine is the founder and director of “New Approach School For Jewelers” and has taught more than 7,000 students from all over the world in both stone setting and metalsmithing.

Blaine began his career learning from some of the top jewelers in the country and spent years developing his own bench expertise. He has an innate ability to innovate and find practical solutions and apply them to stone setting techniques and jewelry making. He felt strongly, the importance to share his knowledge and therefore, began teaching career holding workshops across the country.

He pioneered the use of high-definition, high-magnification projection of the fine, precision work being performed as it was being demonstrated, allowing students to see every step of the processes as they were learning. In 1996, Blaine founded “New Approach School For Jewelers” and designed classrooms and teaching methods to provide superior communication between students and instructor. Students say that his technique of high magnification, is nothing short of transformational.

Today, Blaine teaches a variety of classes at “New Approach School For Jewelers”, located in Arrington, Tennessee that range from five-day workshops to his twelve-week graduate bench jeweler programs. He continues to inspire, innovate and train, new generations of jewelers to help evolve the art of jewelry making.

For the past 40 years, Detective Thornton has been employed with the Jefferson Parish Sheriff’s Office. He retired in March 2015 at the rank of Captain/Commander of the Homicide Division and returned to the department as an investigator in the Intelligence Center working on organized retail theft cases and other crimes.

We have jewelry professionals ready to help.